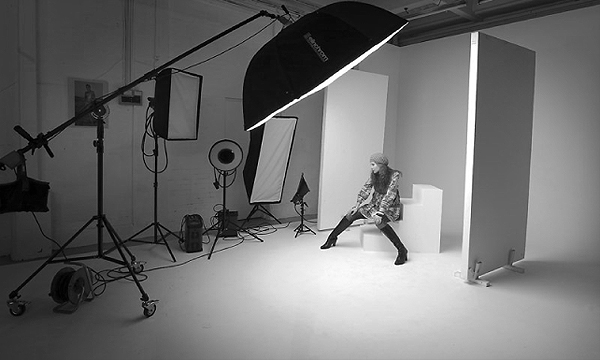 Many times people have asked my opinion of those big box retailers that offer photography studio sessions, often for very cheap prices, so I decided to write an article on the subject.  My husband and I recently had a conversation about this very topic.  He’s an engineer and often makes evaluations using logic and reason.  If considering price alone, the retail studio often seems like a better option, however one must take a deeper look to see what truly makes them different.

Studio photography is all about the manipulation of light.  Lighting placement is critical to achieving a desired result.  If you’ve ever been to a retail photo studio then you know that the lighting configuration isn’t changed that much.  Sure, there may be some repositioning and minor adjustments but for the most part their lighting remains stationary.  And the type of lighting that’s used in these studios is primarily intended to disperse the light evenly across the entire subject.  Take a look at some photo galleries from these studios and you’ll notice striking similarities among them all.  There are virtually no shadows.  You’ll also notice that almost all these photos are in color, almost never in black and white.  Why is this?

Now do a search for “fashion photography” and look at these portraits.  Not only are many of these pictures in black and white, but most of them use shadows that make these photograph interesting and powerful.  When lighting is properly used, color often times is simply not needed.  The picture literally speaks for itself; it becomes intriguing, alive.  Many times people aren’t even sure why this picture “pops” off the page, they just know that it looks nice.  When a photographer is able to manipulate lighting, he or she is able to draw attention to, or away from, a particular area.

A professional photographer is like a magician.  He understands where the eyes will focus, what colors to use to elicit a specific emotion, where to cast a shadow in order to create a slimming effect, what shape to use to achieve his desired outcome.  Many tend to incorrectly believe that Photoshop is the main tool for manipulating a photograph whereas a properly taken photograph needs very little editing.

So do these big box retail studios have a place?  I think so!  Look at what’s being advertised by these studios…baby pictures.  I mean who doesn’t love cute baby pictures!  Babies don’t need to be positioned in any particular manner to make them look better; they don’t need shadows cast in some particular manner to draw attention to their best features.  Do a google image search for “baby pictures” and look at what you see; bright pictures, white backgrounds, and very little shadows.  In these pictures people expect to see THE BABY.  Babies haven’t yet learned to fake their emotions and to “put on a show”.  Their naturalness is what makes the picture great.

When deciding which studio to use, one should think about what they are trying to accomplish.  And don’t forget the most important element here, a great studio with all the latest and greatest equipment is only as good as the photographer that understands how to use it correctly!